How to minimize bruising before and after a rhinoplasty?

Is there anything that can be done before and after a rhinoplasty to minimize bruising? My sister had a nose job years ago and she had wicked black eyes, I’d like to avoid that. The best way to avoid bruising is to avoid aspirin or other medications that could cause bleeding. We also have patients stay away from fish oil and other herbal medications. However, some people just bruise more than the others and it is hard to tell sometimes who will bruise or who will not bruise with rhinoplasty.
Back to Blog

JOIN US IN WELCOMING DR. COOKDISCOVER AN EXCLUSIVE INCENTIVE FROM NATRELLE® 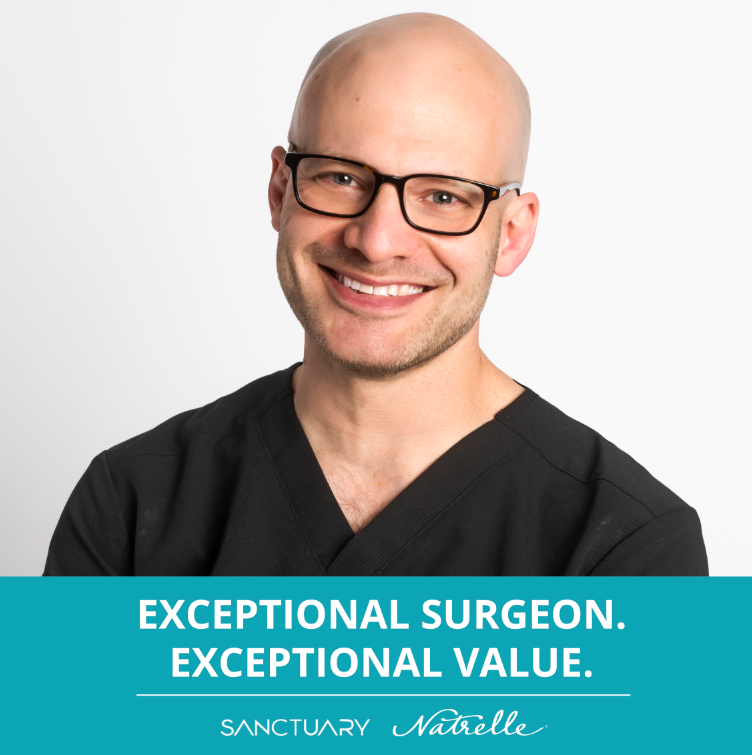 Not all breast implants are created equal. Neither are plastic surgeons.

You deserve a cutting-edge surgeon and best-in-class breast implants to create a shape you will truly love.

Sanctuary Plastic Surgery is delighted to welcome board-certified plastic surgeon Dr. Jonathan Cook to our practice, who brings a wealth of experience and innovation to our patients. Dr. Cook trained in Plastic Surgery at the prestigious Cleveland Clinic in Florida and completed an additional fellowship in Hand and Microsurgery at the University of Miami. Dr. Cook brings a passion for aesthetic excellence and unparalleled attention to detail.

Embrace femininity. Rediscover confidence. Together with our partners at Natrelle®, we are delighted to offer an exclusive incentive on your breast augmentation for new patients – but only for a limited time, and spaces are extremely limited.